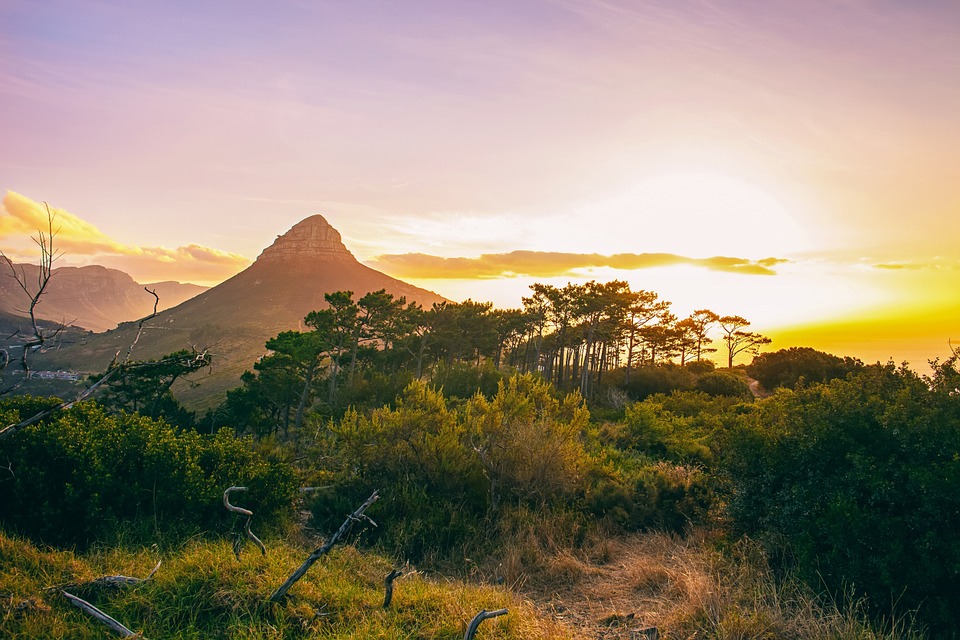 How To Follow Your Dreams: The Village and the Mountain

I don’t know your goals, you don’t know mine. But if you ever want your resolutions to become reality, if you ever want to truly follow your dreams, you’ll keep reading. The problem with our goals is how we view them: they’re nice and flowery, like some exotic elective course you took in university, but never difficult, never testing. To be fair, who would want to daydream about challenges?

I was disillusioned with myself, my job, my aspirations, and with my life, even. So naturally, I found myself in a bar. I was stuck in that stage of self pity and reflection where one begins to reminisce about the ‘golden days’, daydreaming on how different things would be now if they had been different before… And then, my whole world changed.

"Somewhere in the heart of Amazon, there is a Village. Here, the ground curls up and the jungle thins into a valley. Centuries passed and the Village grew and shrunk, but there was always the Mountain, towering on from the horizon. The villagers respect the Mountain for its endurance and its patience, but above all for its silence. From the beginning, the Village was isolated from the rest of the world. Over the years, villagers left, but never returned — the Jungle is said to be impassable — and of course, none ever arrived.

The villagers were a peculiar type. They would not hunt unless they were certain of a catch and they would not speak unless they were certain that it would improve on the silence. Because of this, myths and legends lived on in the words of youth, who had not yet learned to live rationally. The most famous of these tales surrounded a man named Mauro, who was said to be the only villager to make it to the other side of the Mountain."

The man paused here and took a drink from his glass. He wiped froth from his thick, black mustache and turned to me again.

“Friend,” I said. “You seem to have contradicted yourself. You said that no one has ever arrived upon hidden village. If this is true, how could you possibly know about this place, not to mention the legend of Mauro?”

The man had a coin in his hand, he would flip it into the air as he spoke before catching it with a slap on the back of his hand. He did this again now.

“That is easily explained, friend.”

I was enchanted by the coin’s arc through the air; he caught it without removing his gaze from mine. “It is because I am Mauro.”

He set the coin on the table. Tails.

I jumped to buy the man another pint. I pleaded that he tell the story of the Mountain and the Jungle. I soon forgot about all previous engagements I had for the day.

“I will not go into much detail.” He took long pauses as he spoke, selecting his words in the way a man does only when he is in the grips of a story worth telling.

Most of those who left the Village died in the Jungle. The choice that faced every man and woman of the Village was to either remain safe in the Village, with the glorious Mountain in full view, or to take on the risk of that which can’t be guaranteed or promised. Should you follow your dreams, or remain in a safe reality? 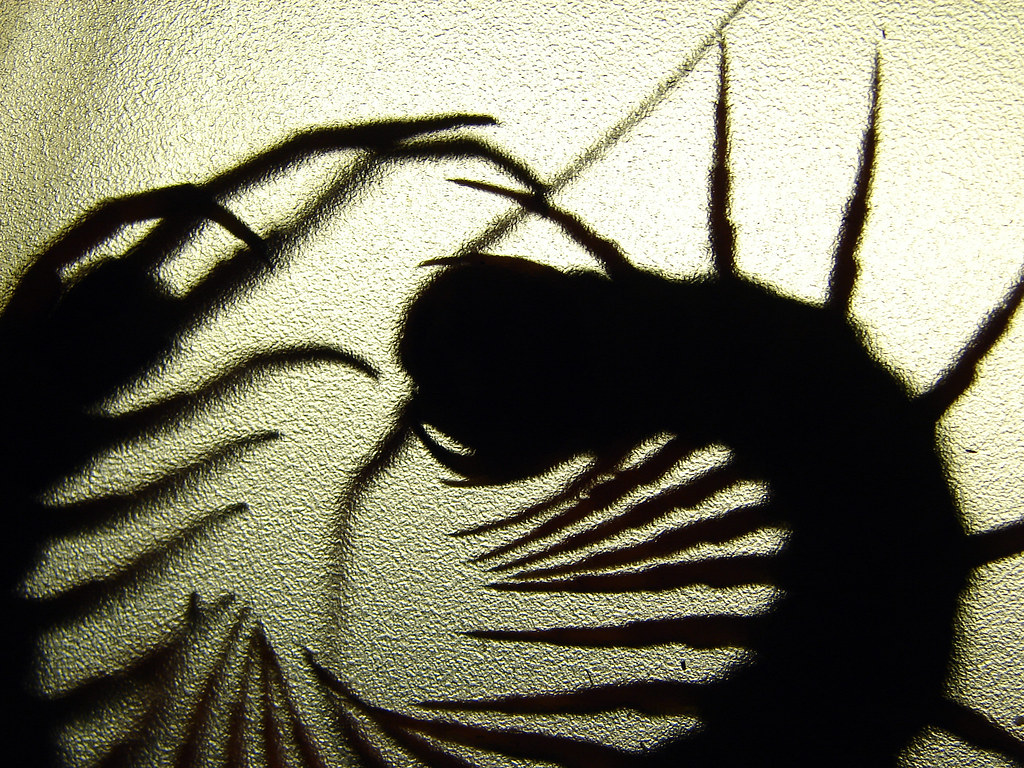 “I went through such a time of darkness. I lost track of how long I’d been in the Jungle. The image of the mountain was becoming vague in my mind, I began to wonder if I’d ever really seen it, or had I imagined it? It was then that one of the Savages found me. He was hunting and called out. It was lucky that he did, the man was painted in camouflage, I would have never made him out. I followed the hunter to the Savage’s village. There was a feast that night and I was given a bed to sleep. The next day, I bid goodbye to the Savages of the Jungle. With each embrace, I would hear a whisper of advice or of warning in my ear.”

​“I continued, and one morning I finally reached the base of a mountain. The trek became perilous here. The sun shined bright, but dangers in plain sight are still dangers all the same: avalanches, snowstorms, and wild beasts with long fangs. After three days, I began to suspect I was going in circles. After a week, I was sure of it.

It was then that one of the Doves found me. She was scouting the Mountain’s tunnels and called out to me. It was lucky that she did, the woman was covered in the fur of a white fanged beast, I would have never made her out. They were small, pale people with wide, grey pupils, the Doves. They confirmed that this indeed was the Mountain I seeked, the Mountain which everyone seeks.

I had arrived at a fortuitous time: the storm was going to get much worse, and it was predicted to last for a month's time. They asked me to stay and even offered me my own cabin. I knew then that I had to decide. I’ll admit to you now that I almost decided to stay that morning, by then I was feeling lonely and tired. I had voyaged through the Jungle, trekked the Mountain’s side and here was a reward, a guarantee. But it was not my reward.”

He stopped here as if his story was finished. I told him as much and he responded with a smile.

“Don’t you see? It is finished. The last part of your journey will be the most difficult, the darkest, and the hardest to explain. It will require all the will you have in your body to fight your own mind, for you will surely make matters worse for yourself. Show me the most difficult task in the world, and I will show you a man who can think it more difficult.”

We sat in silence until I gave way to a lingering doubt.

“But, friend,” I said. “Once more you seem to contradict yourself. You said the legend of Mauro was only whispered amongst children — how could you know this, assuming you are indeed Mauro and that you never returned to the village?”

“Mauro is not my birth name,” he began, “but I have grown into it. I was once one of those children you speak of: the foolish ones, the unreasonable dreamers. People need symbols to believe in. I decided that if I could become Mauro, it may lead to more young unreasonable dreamers, and even make children out of reasonable adults.”

He stood suddenly, slicked back his hair, and returned a Panama hat to his head.

“You have caught me at a very auspicious time, friend. I had only stopped here for a drink before starting my long journey back to the Village. Thank you. Talking of this has strengthened my resolve.” Mauro flipped his coin once more —heads— and with that, he left.

The real benefits of your goal come from its pursuit, not the goal itself. The stories of others are exactly that: stories — one would do well to keep that in mind. Advice can be useful in moderation but can quickly turn toxic. In the end, you have to move, you have to do; you will fail and you will learn, just like everyone before you. And just like everyone before you, you will have a glorious tale worth telling when it’s all said and done.

What’s your Mountain? Start doinf and set your goals for the coming year. Share your Mountain with other travelers in the comment section below. Everyone loves an underdog and we all love a good story.

This piece was inspired by a metaphor used by Neil Gaiman in his fantastic commencement speech at the University of Arts in Philadelphia, PA: