The Detour To Your Life Goals

It’s the time of year when the days seem to magically check themselves off your calendar. Is it really New Years again? The new year can be a bit tricky. It’s a period of looking back, inward, and forward, which all sounds fantastic. But the simple irony behind this day is that most people who attach some special value to making resolutions on it usually don’t maintain them.

Every day should be a mini New Years and for the people who treat them as such January 1st is only special insofar that it’s a time of happiness and celebration. So what am I saying, that setting life goals for a better 2016 is worthless? No, not at all. But before you become the person you want to be in 2016, you’re going to have to become the person you must be.

If you were to conduct a biopsy on any successful person alive today, you would, without miss, find a little bird hidden in the back of their brain. What is this bird? From a picture, you’d think it was the Twitter mascot. It’s not. Unglamorous and homely, the bird is blue, wrinkled like a prune, and no bigger than a penny. It has the ability to speak, but only to its owner. Some believe it’s genetic, that you’re born with it, others admit that the development of their lives might have played a part, but both agree that not just anyone can have this amazing little avian nub... Hogwash!

Close your eyes. Go ahead and massage the back of your skull. Try to remember how it feels to not have a little bird there, because you may never get the chance again. I’m here to tell you that hatching this miracle bird is a task anyone must embrace before achieving their life goals, and one that anyone is fully capable of doing. 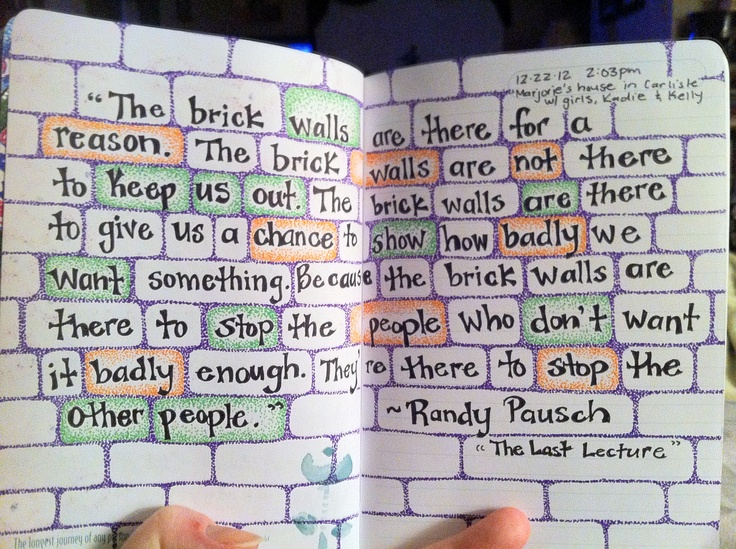 Big goals can seem daunting, small goals can be slippery. The solution is to neither over nor underestimate a goal. You’ve seen the videos, heard the speeches, and read more articles like this than you count: you know that great things are achieved through small steps, but it’s hard to really grasp what that means. In the same way that we can’t really picture the difference between five billion vs six billion dollars, our minds struggle to lay out and understand the implications of a long term goal. Things become complicated, uncertain, and messy and that’s when we flick the ‘easy switch’.

Humans love to simplify, our brains were wired to take shortcuts, and undoubtedly this is useful to an extent — but then we begin to oversimplify. It’s no wonder that we as a society are so obsessed with rewards and finish lines: it’s so easy to wrap our minds around them. The reward tends to appear as a singular image, a snapshot in our minds: a feeling of success, a bathtub full of money, victory.

We live for the snapshot because we’ve led to believe that’s all there is.

Imagine that as a headline... baby steps don’t make for good news or gossip, only success stories do.

The unfortunate consequences of this obsession come in two forms:

With this ‘all or nothing’ mentality, it’s no surprise that there’s little motivation to be found for those interested in trying something new or taking a risk, especially if it’s a goal that carries a real possibility of failure. The fear of failure is so strong that people often end up not trying at all, or just settle for watering down their goals. We shoot ourselves in the foot before we’ve even begun to walk.

Laying a Blue Bird egg starts with pacing yourself. The pace depends on the goal. For example, if you’re aiming to write a novel in 2016, a daily quota of, say, 1500 or 2000 words is a good, steady pace to keep you on track and avoid plateauing. On the other hand, if your goal is fitness related, you’re going to have to constantly adjust if you want to keep seeing results. There is such a thing as doing too much just as there is such a thing as doing too little; finding the right pace takes time and demands attention. Don’t set out to sea in a leaking ship.

Once your pace is set, the next step is to enjoy the sweat. The sweat is the work, the process, it doesn’t matter the goal or if you’re even actually perspiring. How do you manage this? It’s all about your frame of mind. Stop counting down until you’re finished, cultivate a burning curiosity for just how far you can push yourself. There’s no sense in going through a process that you’ll never learn to enjoy, the chief reason being that most of the goals you’re going to embark on don’t come packaged with an end date, they’re for life. Learn to love the sweat, look forward to testing yourself, and you won’t need to worry about building a habit.

Anyone that’s ever set their sights on a goal will tell you that there are always moments of doubt. You’ve set your pace, you’re started to learn to love the sweat, your Blue Bird egg has been laid, but your goal still looms far off in the distance. In times like these, it’s prudent to return to the sage advice of a young Hunter S. Thompson:

“As I see it then, the formula runs something like this: a man must choose a path which will let his ABILITIES function at maximum efficiency toward the gratification of his DESIRES. In doing this, he is fulfilling a need (giving himself identity by functioning in a set pattern toward a set goal), he avoids frustrating his potential (choosing a path which puts no limit on his self-development), and he avoids the terror of seeing his goal wilt or lose its charm as he draws closer to it (rather than bending himself to meet the demands of that which he seeks, he has bent his goal to conform to his own abilities and desires).”

This excerpt is from a letter Hunter wrote to a friend on finding your purpose, but it applies nicely to setting goals. If your goal has an end point, there’s a chance that it will morph as you get closer to attaining it; either you realize you never really wanted it in the first place or the goal itself isn’t as fulfilling as you hoped. Whatever the case, it’s far more beneficial for both your happiness and productivity that you focus on the process. For better or worse, once you go down this road, it’s going to become a part of you. You’ll wake up one day and you’ll realize you’re a writer, or an athlete, or a cook. Choose wisely. 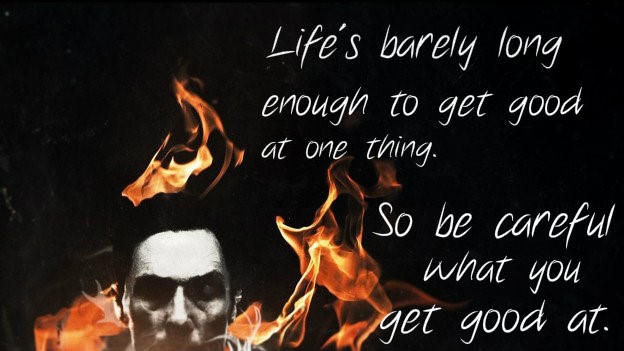 If you’ve gotten this far, then your egg has hatched. Congratulations. No, that squawking in your head doesn’t go away, at least not until you’ve done your day’s work — hey, you wanted this, remember?

The only thing left is to be absolutely ruthless with yourself. Keep trying to be better than you were yesterday. When someone tells you that you’re doing good, thank them — they may be right, after all — but don’t believe them; only you and that little Blue Bird can know how well you’re doing, and how much better you can actually do.

Now, get up. List your steps and goals for 2016 to keep yourself accountable, BucketList will do the rest :) Change who you are and become who you want to be — 2016 is almost here and it’s going to be a great year for little Blue Birds.