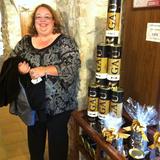 I have always enjoyed traveling and visiting new places. In my teens, my parents let me visit NYC, and then Boston, Massachusetts. While a student at UMASS, Amherst visited the East Coast of the US and a few other places... Massachusetts; Rode Island; New York; Washington DC; Atlanta, Georgia; Florida; Montreal, Canada. Later in life, after a bad in-flight very rough descending experience that made me a bad phobia of airplanes, for a while making me missed on the personal enjoyment of traveling to new great places... but still was able to be pushed to go on cruises and medicated could visit Seattle, Washington; Nashville, Tennessee; Los Angeles (LA); Hawaii; Mexico City. I decided a few years ago to face my fears and get rid of them, and pushed myself to go and visit as many wonderful places as I could afford to visit... Traveling opens your eyes to life itself and I want to make sure my son (21) and parents (72/68yrs) have a chance to share this with me (49) while we all can physically are able to... and I am starting to feel my bones really hurt. Also, my parents (since I can remember) been "all work" and sacrifice all their life. I want to share some life experiences with them and my son before is too late. So far, I already had the chance to visit twice Guadalajara, Mexico with my son and family (2004 and 2010); 1rst time visit to Europe with my son and sister with stop in New York City, and then spent Christmas time in London and New Year's Eve celebration in Paris (2005-2006); Started the 2008 in Beijing, China (missed the Olympic Games by a few months), but quite an experience. My son's dream was to visit ComicCon in San Diego (2010. This April/May 2012 went on a family transAtlantic cruise from Puerto Rico to Spain... priceless!!!!

Buddy Up With Imy

Imy may have shared some goals only with friends: