Before I die I want to...
Swim With Sharks 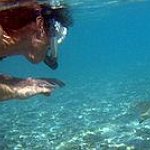 551 buckaroos have listed ' Swim With Sharks' as one of their life goals:

My mom passed away when I was younger and she loved all of the marine life including sharks, dolphins, and especially sea turtles. I have recently been learning a lot more about sharks and I want to see them up close.

Last year I learned that sharks are not that scary and are actually very friendly. And I would like to be in their presence.

Swimming with sharks because I want to meet my favorite animal

Swim with a whale shark before I turn 30

I love sharks and would love to swim with some

I've always feared sharks but at the same time I think they are an amazing predator. To beat my fear i'd like to swim with sharks.

I used to live in San Diego and in the summer, the baby sharks would be born and people would swim with them.

I want to swim with great whites

I want to swim with sharks, not cage dive, but safely be out in the open with any species of shark like lemon sharks, etc.

Tattoo: Water reflection on back

My Daughter loves sharks and always shows me a video of sharks. I would love to swim with them (or controlled swim) ;)

Yet another adrenaline-based activity that feels like a must do!

My fear of Sharks makes this is an exhilarating experience.

Definitely a mermaid tail. Preferably one that tastes super gross!

Sharks are cool, swim with them

I thought, why be afraid? They're fish under the sea, too. Sometimes they get confused and attack us. Humans do the same as well, maybe even worse. But it's worth a try, isn't it?

They are just as innocent as Dolphins

go swimming in the ocean with sharks!

NO, NOT A TYPICAL FLUFFY GIRLY THING AND SWIMMING WITH THE DOLPHINS. I'M GONNA GO OUT A BADASS AND SWIM WITH SHARKS.

There's a tour you can take from San Diego that goes down to an island in Mexico and puts you in a shark take to see huge Great Whites up close in the wild. What a trip!

OK so I have kind of done this one in the Maldives where we were able to swim with sharks of up to about 4-5ft long... But this ambition is to see the big boys up close... In a protective cage where you can see the Great Whites face to face.