Meaning of Life and it's diversity for me

***It's already midnight, precisely 12:26 and the clock still ticking and i don't understand why im bothered by it most of the time and maybe that's the reason why i don't even own wrist watch myself, the only reason i could give is i hate that it reminds me most of the time that im running out or it tells me to do something in precise so i won't fail. There are some people around the world that is precise and doing things exactly the way they predicted and some that wanted to do everything out of control and i don't understand why i do both in different situations and most of the moments i had has been confusing and i must admit pleasing in the other way but that don't mean i still understand it completely maybe that's the reason why im here staying up late and doing this because my mind tells me so even i don't know what would be the outcome but the good thing is it feels fine and better than doing nothing or scrolling up in facebook and stare at my friends posts and watch some funny videos that is not bad but i felt more useless.

I think im here to release all my thoughts and ideas that maybe would make me feel less shitty in all the mess that i've made throughout my whole life and having high hopes that i would feel better, im even playing background music while doing this and so far enjoying it. The title of this is about meaning of life and it's diversities cause' suddenly it just popped out of my head and maybe it's good to write something meaningful and good and mostly about what i think about my experiences after seeing a lot of things in this world for the past 21 years because I'm 22 so i really don't expect something tribunal with this as i am not expert or professional but believing that i could help in a way to some people that would accidentally saw this and maybe will took time to read and find my story fascinating and will maybe change some view and point in other people's life.***

***There's a lot of things happening around me and i can't explain it, i reach this age without a proper degree or even a decent job like most of the people in my age does but but im a carefree person when it comes to superficial stuff and things related to that, i guess i just don't care that much about being successful or become very rich in this life, I've had a taste of death many times and have fancy things and been in a few places that made me realized im lucky to be alive and breathing and I'm always thankful that i know how to be contented and appreciate small pleasures in life like spending time with family and close friends and those special moments i want to remember for lifetime.

I don't understand why death scares me all the time, maybe because i do spontaneous things normal people don't do and i always live my life the way i want cause' while growing up i felt i was caged and controlled by all the people surrounds me and some factors that affect me was how people i've met before treat me and how they changed my life by the actions they did towards me, family and friends also take part in it and now im reminiscing and now it's hard to cope up how far i already got when i think ot it though like what i mention, it's not about awards and degree to define how far a person already been, we all know that the society applaud and somehow hail people with good education and have a gold collar jobs and that's not bad because it's part of this world but still in my own opinion we should strive into something that would be beneficial for everyone not for own selfish ambitions and plans but still it's unimaginable to think a world free of poor and helpless human beings.***

Maybe one of the reason why i lose my religion is because i am confuse of how some people can't be the same, same genes, same thinking and same outlook in life, i've overhead most of people say's "it's their fault that's why theyr'e poor" or "their lazy that's why theyr'e in that situation" but i think it's very unfair that some people live like that and some people live a very fortunate life, in my age it's really hard to understand and helpless of me to do something as i am not rich and doesn't have anything to help other people but whenever i have the opportunity to help other i help with all i can do and maybe that's why whenever i get the chance to know new people i always share a part of me always and make them feel that being a simple human being is still okay than being a superficial one.

I can't comprehend things happening around me but i always find ways to understand it when i think very deeply and staying alone by myself without family or friends, it might be a hard way but maybe i prefer my own way because im getting used to it and it's good that i don't depend that much to anyone and that is something i can be proud of and tell to myself "you're doing good" and it lifts me up so much that it tends to boost my confidence and ideals about myself. (to be continued) 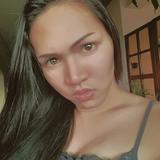 Want out of life: To search inner happiness by simple pleasures in life and meet people with free soul and make the best out of it ♥