How did it go down?

I bought some flavored crickets off of Amazon (which came in three flavors). When they arrived, I simply tasted each cricket, expecting it to rush with juices or something. Surprisingly, these were very dry (they were most likely dried) and bit crispy. I can put my finger on the familiar taste they have, but they aren't nasty. However, I wouldn't willingly buy these again.

Did you get help or have company along the way?

Not really. I used my own money to purchase them and tastes them alone.

What made it possible? Any advice?

Simply the fact that Amazon had them for around $6. It was cheap enough for me yo try and not be too angry about using money on. My advice is, the bugs are dead and won't attack you, so no need to be scared. It's like trying any other food. Think of it as eating weird nuts or tiny chips. 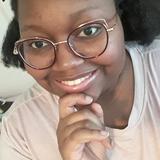 Want out of life: If life is like a video game and my goals act as the quests, then I want to be the one to complete it 100%.