So we continued our road trip from Övertorneo,Sweden along the Tornionjoki river on the Finnish side. After a grueling 391km we finally arrived in a rainy Kilpisjärvi. Needless to say not very inspiring camping weather. So even though we had a new and unused tent in the back we opted for a hostel/hotell room.

A nice sauna bathe and well slept night later we headed for the Saana fell (mountain) summit. The hiking path started right behind the hostel so 2-3h in we had already made it 1,4km shy of the top. By this time the kids had made it clear that this was far enough. So we found our own summit and the view was spectacular! (Adding pics later). A quick run down and buffé lunch later, we once again jumped in the car and 5 minutes late we were in Norway. Yay! Finally here!

The seenary changed almost directly from the fell-mountains on the Finnish side too the majestic peaks and breathtaking waterfalls on the Norwegian side.

Even though we were in a good mood and could have driven for hours we decided to stop besides a “small” waterfall just north of Skibotn, Norway. We set up camp and got to try our new outdoor cooker and tent for the first time on our trip.

That’s all for now. We will see what tomorrow will bring ;) 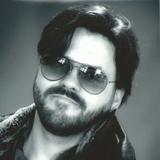 Want out of life: Live my dream (if only for a moment)