Before I die I want to...
Go To New York City 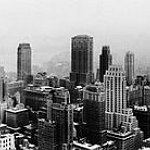 211 buckaroos have listed 'Go To New York City' as one of their life goals:

I've always wanted to go and I know that they have a lot of things to do there.

Now live in texas but grew up in ny.

I want to see the new One World Trade Centre.

Wanted to live on my own as soon as I graduated high school, so I moved to New York city and moved in with 2 complete female strangers I met online that came from Ohio and California, all of us came to New York to start a new life, a new adventure.

Looks like one of the greatest cities in the world.

Reading about it in the books.

I have never been and hear that it is a really amazing place.

I have never the state of Florida and if i were to go somewhere, I would want to go to New York.

I would love to go to New York to see all of the skyscrapers and see the statue of Liberty! Go to the big toy shop and go shopping at times square! :D

Concrete jungle where dreams are made of! I really want to go for New years and see the ball drop, but if I don't make it anytime is fine for shopping!!!

Want to go see a musical there.

More than just an over night bus tour.

I've been there once but want to do it again and do it right... Broadway musical, Statue of Liberty, Ellis Isld, etc.

It's my dream city, eventhough I've never been there, I know in my heart it's my city, my home.

I have a strong interest in big cities and I would love to go see all the popular sites and of course the huge sky scrapers.

Definitely something I want to do in my life. New Orleans was the number one place I wanted to go to in the states and after that was NYC, so I hope I can make that dream come true.

I've never been there, I want to so bad.