Before I die I want to...
Learn Another Language 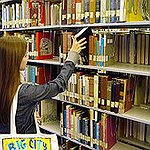 252 buckaroos have listed 'Learn Another Language' as one of their life goals:

Learn Japanese to be somewhat self sufficient

Learn to speak fluently in another language. Preferably French/Spanish/Dutch

my past travels, as well as meeting people every day that are from other parts of the world. i want to know and understand another language. how freeing to fluently speak with someone from another country!

Learn another language, preferably be fluent in dutch and learn a fair amount of Icelandic.

other than german, french or spanish

Korean, Bahasa, Norsk, Spanish, and the list goes on

Not fluently, but a few sentences