Before I die I want to...
See A Show On Broadway 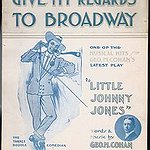 336 buckaroos have listed 'See A Show On Broadway' as one of their life goals:

I want to see a musical on Broadway as I've always been a huge fan of Broadway musicals. To see one in New York would be the ultimate in musical experiences.

I'd love to see Phantom of the Opera on Broadway.

What inspired me the most is the Broadway Musical Show like Wicked, Chicago, Hamilton and more! Travelling to New York is always my biggest dream, this is also inspired by Lea Michele, one of the Glee Casts. However, the currency exchange is super expensive, $1 USD is like 4 times in my place, so if I were to go New York or USA, I need to earn a lot of money.