Before I die I want to...
Learn A New Language 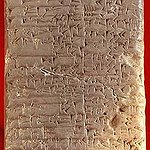 451 buckaroos have listed 'Learn A New Language' as one of their life goals:

Preferably Arabic as it will help me understand Quran easily

I would like to learn a new language to broaden my life.

I would Need it When i Visit Spain.

i want to communicate with people that is different from my race.

I just want to do it. I would regret not doing it

I want to learn a new language fluently

I could travel to a new place and talk to people and understand them.

To feel smart and teach other people.

I want to be fluent in French :)

I chose to include this because I want to explore different culture starting with the languages.

Other than the national languages and English, try to learn one foreign language. Learning a new language will tune brain in a better way.

I want to learn Italian or Spanish. I want to be able to read and write in another language. I wish i had done this when I had the chance in school.

Be able to speak spanish or french fluently

I want german or swedish anything but french

Speak another language would be hard but cool

Not to sure what it will be yet ;)

Since I came to Norway I am só excited to learn Norwegian. I never had expected to get such a kick of speaking in another language, it is só cool!

Wanting to world travel and would be great to know many languages. Learning Svenska right now but also want to learn German, Man. Chinese, and Croatian

I have just always wanted to learn a different language. I want to learn Spanish and German

i always wanted to be able to speak two languages

I'm always fascinated by other cultures and love to listen to the sounds of a different language. I would also like to understand and speak with those other cultures.

I want to learn ASL to communicate with deaf familys and people.

Interact with more people and in a more culturally respective manner

Korean? Japanese? Italian? French? one of them will do.

Learn a language and get to stage where youcan carry out a conversation and be completely fluent.

Maybe Italian or Greek or Russian or.... something else

I've always been fascinated with the Bible story of how the Tower of Babel was built and how the builders were made to speak in different tongues which spawned the so many languages that we now have. Whether there is truth to this or it's just a myth, I've always found people who speak more than one language smart.