Before I die I want to...
Visit Europe 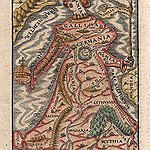 109 buckaroos have listed 'Visit Europe' as one of their life goals:

I want to travel to Europe to see the many historical sites. I would visit Sherlock's house in England, the Colosseum in Rome, and see the ruins in Athens. I might see the Eiffel Tower, but I wouldn't go to the top because I'm scared of heights.

Before I die I would love to visit Europe

I want to immerse myself in new and different cultures. I want to ride on a gondola in Venice and see the Eiffel tower in Paris. I want to explore London and see the churches in Rome! This has been a dream of mine since I can remember. It would mean the world to me to visit the church in Germany that my grandmother tracked down which is where most of my ancestors married.

Visiting my heritage in Ireland and Italy, and while I'm there go to Paris and London.

Went to the UK but never left London. I've regretted it ever since. Want to go back and see Italy,scotland, france,spain, switzerland,germany etc.