Before I die I want to...
Learn French 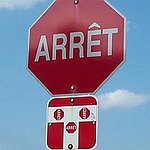 393 buckaroos have listed 'Learn French' as one of their life goals:

In school I was terrible at languages, but now I have fallen in love with them. I love the French language and would love to learn to speak it in a decent way.

I want to be able to hold a conversation in French.

I want to learn another language, be able to translate and be bilingual, it seems so awesome and amazing. It's something I'm really interested in.

I hope to learn many languages and French seems like a good one to know!!!

I'd love to live in Paris and speak French.

Why not learn the language of an amazing country?

To be able to speak various languages like Joe Rizal

Seriously, I don't know why French, but I think this choise is absolutely correct.

It's a political language that would be helpful to know!

I want to learn french as a proficient level

I want to learn French because I want to be able to speak in what I think is the most beautiful language in the world.

Personally, I don't think French is a beautiful language. I actually find it to be annoying, but if I'm going to visit France, I should probably learn a bit first.

I took French in high school and always thought it was a beautiful language.

So when I visit France I won't be so awkward :)

I took French in high school and never finished. Would be nice to.

I love the language of French! I have taken a few years but don't remember a ton!

Over a 35 year span, I plan on adequately learning 16 other languages and this is the fourth one to learn.

I'm going all over europe, need to speak at least one language!

Just one of the things that can help you in the future, additional skill is a must remember be the best that you can be... :)

I met this amazing person and I really do hope to be able to speak his language once, with him. He lives far away and there is not much chance we will meet soon. But there will be a day..