Before I die I want to...
Madly, Deeply: The Alan Rickman Diaries 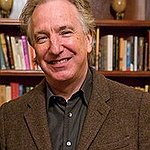 Only one buckaroo has listed 'Madly, Deeply: The Alan Rickman Diaries' as a life goal.

Mesmerising . . . Witty and debonair, caustic and fretful, for which some readers may like him less, others love him more. Madly, deeply and, better, truly he writes about what it is to be an actor ― Telegraph Fascinating . . . Mostly pithy, always frank ― The Times The star's thoughts reveal a man unwilling to suffer fools or mince his words - most of the time Alan Rickman's voice was a purr, but it masked sharp claws . . . I got the feeling he was wonderful company. These diaries confirm it -- Anthony Quinn ― Observer Rickman's diaries reveal the frenetic lifestyle and frequent fretting of an actor at the height of his fame . . . Just when you think Rickman might be becoming insufferable, he has a knack of bursting the actorly bubble and saying something profound ― Guardian His merciless verdicts on showbiz idiocy are tempered by a deep loyalty and humanity . . . So much of Rickman's character as it was preserved on screen cannot be captured in words - his unmistakable voice, his towering presence and charisma. But on the page, six years after his death, new parts of him can be found ― New Statesman Astute and entertaining . . . [Rickman] offers a fascinating guide to life as an actor and what it's like to be at the centre of fame. One distinct thrill is reading Rickman's short, sharp film appraisals . . . These diaries are a reminder of a warm and witty man, one who could see the quirks of life and his own part in the absurd drama of existence ― Independent The reader gets a real sense of the rhythms of [Rickman's] working life. He is forever on the move. [. . . ] Fully, openly, joyfully - truly, madly and, yes, deeply - he put his energies into the present moment . . . For fans, these supplementary diaries are a pure delight from start to unforgivably early finish ― Times Literary Supplement Rickman belonged to that anointed group whose name alone would entice you to watch a film . . . His diaries look set to enthral us still ― Herald You feel he always wanted to do what was right, even if it was inconvenient to himself, and that is a rare character trait . . . There is true gold in [t]here ― i Alan Rickman's wonderful razor-sharp tongue and mercilessly perceptive personality is revealed in all its glory . . . Packed with deliciously acerbic and indiscreet commentaries . . . This book is one last great Rickman performance: challenging, uncompromising, utterly unique and truly mesmerising ― Daily Express