Before I die I want to...
Learn Another Language Fluently 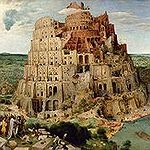 56 buckaroos have listed 'Learn Another Language Fluently' as one of their life goals:

I want to be able to communicate with more than those who speak English.

Enrich my mind and be an expert on language somewhere other than Canada.

Languages I am interested in are: French, German, Spanish, Korean and Japanese. I already lerned quite a bit of Norwegian and would like to revisit this at some point.

I have always been interested in travel and I think it would be amazing to be able to talk to people in their native language.

A large portion of the world speaks two or more languages. It is somewhat sad that most Americans don't keep up with that. I want to break pattern and be one of the Americans who have this ability!. I have a good start on Japanese.