Before I die I want to...
Learn To Surf 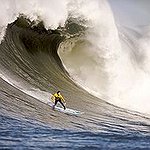 1416 buckaroos have listed 'Learn To Surf' as one of their life goals:

I'm bad at sports but I still want to try to learn it some day.

It looks amazing and I just want to learn.

Learn To Surf :)) with the Shark or Dolphin

I’ve always been one with water

I have never been much of an atheletic person but I have adored watching surfing, skate boarding and snow boarding since I was a kid! I never knew anyone who did any of these sports so I never learned how. Being a Maryland native, surfing was something that most on the northern east coast have difficulty with due to the small waves. I hope to get myself in shape and take classes some day!

I think it would be fun to do and to learn because then your on the ocean.

I want to learn how to surf because I have always been jealous of the people that can.

I lived in New Zealand for a while but somehow never got around to it. But I love watching it and really want to learn it.

I want to be able to catch waves and surf on my own. The feeling of freedom and speed you feel when catching a wave is my inspiration. The way it looks is my motivation!

Learn to surf because being able to surf isn't easy it takes a lot of skill.

I have always wanted to ride a huge wave and shoot out the barrel!

Surfing is just so cool. Who doesn't want to learn surfing?!!

Surfing looks so cool! I want to surf in Florida, Hawaii, Australia or California

I've always loved the ocean but never learned to surf.

Tattoo: water and foam loop around

I go to the beach, why not surf

i love surfing. Whenever I get a chance to go to a beach i go surfing.It helps to free my mind from all the unnecessary things walking in my mind.

ever since iv tried surfing at x-scape iv really wanted to hit the waves for real.

Tried to stand up on a board when I was ~13, failed. I won't let failure defeat my will to learn.

I want to learn it, because it looks amazing !

It's something I've been wanting to do for as long as I can remember. It could be something I really like and want to keep doing

it's like skating but its on water and not ground

The wave? I've heard its one of the best feelings ever, i want in on that

Watching others enjoying the surf riding waves and looking cool ;-)

In the ocean, or at a waterpark, who knows! Just teach me how to surf!

Okay, maybe not big wave stuff, but just the standard 4-5 foot waves would be great fun. Feeling the power of the wave pushing me along ...

Ever since I have seen videos and pictures of people surfing it has made me want to learn. Standing on a wave has always look exhilarating to me.

I want to be an avid surfer. Soooo...

Peter can because he's a pro at EVERYTHING but I've never had the chance to try. I think we'll do this in Hawaii :]

I've always loved the ocean and watching other peoople surf. I'm not very athletically gifted, and I'm fairly timid. I've made a couple feeble attempts to learn, but not in a long time. I would love to be more assertive (aggressive?) and be able to make this a new favorite hobby. Unfortunately I haven't figured out how to learn to surf with baby steps. It seems like you just have to jump out there and do it full force. :/

I love the ocean and I've always wanted to learn

Going to California sparked this

Come on surfing is like the definition of cool! Haha

I want to learn to surf just like in "Blue Crush"!

Just for the heck of knowing how..

I did learn to surf as a sport in high school. And failed miserably at it. But as an Australian who lives 2 minutes from the beach I feel that I should make a second attempt. Maybe when I am more fit and strong.

I love the sea! Total water baby! A good adventure is always fun, and surfing seems like it would be pretty cool!

so i hate the sea, fish, jelly fish etc and sand so i decided what the heck, i wanna learn to surf :D it looks awsome and might just get me over my hatred of the sea.

feel my board soaring above the waves in the gloarious ocean :)