Before I die I want to...
Ride In A Helicopter 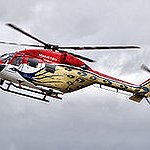 360 buckaroos have listed 'Ride In A Helicopter' as one of their life goals:

I'd love to be able to see the city (or any city) from above, but not in a plane, in a helicopter. I want to feel the difference between the two.

Helicopter ride because Lucas is afraid of heights.

I have always wanted to ride in a helicopter, preferably over some beautiful terrain

Experience the thrill of riding as a passenger in a helicopter. This is something that I have always wanted to try even though I am scared of heights!

This goes along with my New Zealand goal because I want so bad when I am there to take helicopter tours of the mountains and plains.

doesnt matter where I do it just as long as I do it.

The people really do look like little ants! For someone with a fear of heights, this one was surprisingly relaxing.