Before I die I want to...
Visit New York City 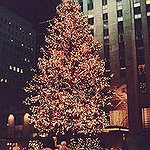 1178 buckaroos have listed 'Visit New York City' as one of their life goals:

The city is huge and full of skyscrapers, which for me and where i live is very different. I live in a small city and nearby cities on have small high rise buildings but nothing as tall as New York's

I want to visit New York City and want to see the city's skyline from across the river. I've seen that view in several episodes of Friends and I want to behold the beauty of that skyline from my own eyes.

My lifelong dream is to travel the world.

I want to experience the craziness of the city.

As listed in my other goals, being sick just makes me realize that I need to try to make these things happen while I’m still able to. Will my illness, I can be fine one day & not able to get out of bed the next. Ive never been out of the south east. There are so many places I want to visit. Since I can’t work anymore & trying to get disability is the hardest thing ever, there’s never enough money to travel. Most of our money is spent on medications.

Manhattan during Christmas and being at times square at NYE

Have a White Christmas, while the love-of-my-life and I sit by the fire drinking hot chocolate and laughing in between kisses as we unrwrap our presents.

I want to see the State of Liberty, Empire State Building, Time Sqare, Broadway and a show.

New York is the theatre capital of the world, basically. Also it has a cool beach there.

Cities inspire me, Chicago is such a wonderful place and New York seems just as fascinating

Always wanted to see New York at Christmas or on NYE

go to the ice bar and the falls

I want to visit NYC before I die.

It's iconic and has so much history:)

i want to go to new york for the fashion

I have always heard abt the city that never sleeps.. Wanna experience that

I want to visit the city that never sleeps!

Never been and hear it is wonderful.

I would really love to go at Christmas!

I want to visit New York and see the famous sites and stores. Its true Americana.

like many places in the USA, i would love to visit NYC!

I've seen too many movies and read too many books situated in the Big Apple... And when in New York, I want to visit MoMa.

I want to see New York. Experience it. The culture. New York and all it's Beuaty.

The largest melting pot of cities, filled with customs, traditions and cultures unlike any other place in the United States. Let's hear it for New York!

I've actually never been to a city. New York is one of the most well-known cities in the world, and one of the nearest to me. I would love to visit it - see something on Broadway, maybe, even.

It's my life dream at this point. I hope it's everything I've ever hoped.

Visiting the big apple has always been a long term dream

I want to pretend like im the 7th friend!

Always wanted to see Central Park and get a tour of Central Station. I was told that if I wanted to see a great play, New York City is where it is.

movies, family, friends, school, life have all sparked in me a dream to visit.