Before I die I want to...
Learn Spanish 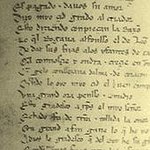 532 buckaroos have listed 'Learn Spanish' as one of their life goals:

I want to learn Spanish as to speak with my husband better, and others from his family.

I think learning a second language would be so cool, having the ability to communicate with a whole new group of people.

I already know a little bit but I would like to get to a point where I could easily have a full conversation.

It's just something that I have always wanted to learn.

Learn spanish so i can go to mexico

Would be interesting to learn Spanish and be able to speak it fluently.

I want to work on my Spanish skills

Always wanted to be able to speak another language

To be able to communicate in Spanish very well

I like foreign languages and I find Spanish beautiful.

then go back to south spain and order in spanish

I want to teach English in Spain

I wanted to learn foreign language and Spanish attracted me.

I always wanted to learn Spanish, and since I've been to Mexico, I think its a great trait to have and if an opportunity to comes to move there, or be there for a long period of time, not only will you be able to interact with them, but you will learn more.

This is a necessity for job opportunities, social life, and to keep my culture identity.

I've always wanted to learn another language, and spanish seems incredibly useful. I've picked up lots of words but I can't carry a conversation yet.

So I can better communicate with my husband's family.

I've always wanted to learn a second language and since Spanish is one of the most spoken languages in the world, why not start with that?

Over a 35 year span, I plan on adequately learning 16 other languages and this is one of them.

The most beautiful language to speak and to sing in.

I've always wanted to learn a different language..and spanish is my first choice

I've always been interested in Spanish so I think it is time to properly learn it!

I have wanted to do this since I was a little kid.

My Son in law speaks Spanish. I have always wanted to learn a new language.

I love the Spanish language I would love to be able to communicate with someone who doesn't speak English one bit and see there face light and their sigh of relief.

I took 4 years of Spanish in high school, but have forgotten alot of what I learned. I'd love to become fluent in the language and take a trip to South America and speak like a native.

I want to be able to read Pablo Neruda's poetry in its original language.

I should know more than asking where is the cheese.